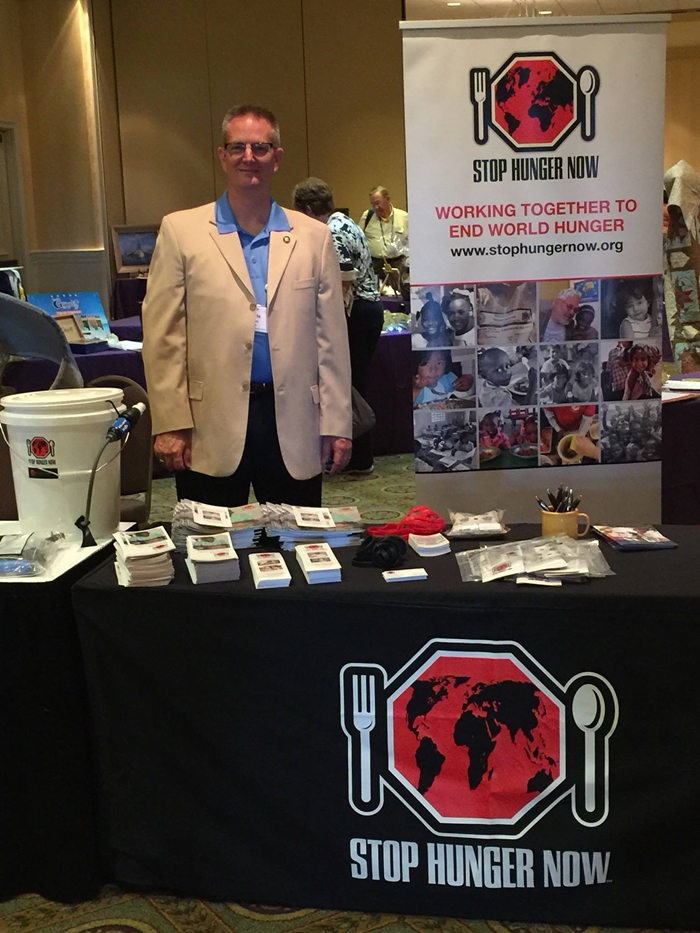 Sometimes the best Rotarians grow out of someone who never even knew what Rotary was. That might be the case with Past District Governor Chris Jones, who was initially invited to learn more about a new Rotary Club that was forming near where he worked and lived in Catonsville, MD (District 7620).

Chris readily admits business networking was the initial lure to join. “Then I saw the service projects and the way the club was giving back to the community, both locally and globally, and I had to join,” he said.

Soon after being asked to serve as President of the club, Chris moved to North Carolina. Fortunately, he found the same qualities he enjoyed so much in Maryland in the Rotary Club of Lake Norman-Huntersville, and it was only a matter of time before he was again involved in club leadership. This time, however, it went to an entirely new level as he began assuming roles in both his district and ultimately his zone.

Chris’ Rotary service crosses numerous areas of focus, having led committees for The Rotary Foundation, training, membership and public image, just to name a few. He is the current Rotary Coordinator for Zone 33 and the Training Coordinator for Carolinas’ PETS (President Elect Training Seminar). On a less formal (but perhaps more fun) note, he is also the president of the International Fellowship of Motorcycling Rotarians. (There must be some great stories from that experience!)

“Rotary is like a family for me,” said Chris. “In fact, when my wife became quite ill and we had no family in the area, Rotary acted just like family. They took care of us, fed us, helped us move and so much more.”

After 16 years in Rotary, Chris has far too many amazing memories and “Rotary moments” to list them all, but he cites the opportunity to visit India for a National Immunization Day (NID) as one of his favorite experiences. “WOW! We learned not only how important the work

is that Rotary does in polio eradication, but also saw may other projects where Rotary has made life-saving impacts on the people of India.”

As a respected Rotary leader, Chris is often invited to share his expertise with clubs and districts around the world. And in his professional position with Stop Hunger Now, he even gets to “mix business with pleasure” on occasion. “I’m proud to be called a Rotarian and proud of the people I serve with to make a difference,” said Chris. “Rotary allows me to lay my head down on the pillow at the end of the day and know I’ve made a difference, and that allows for good sleep. Rotary is simply the best place to meet people, exchange ideas, take action and make the world a better place.”

*Chris and his wife Colleen live in Charlotte, NC. He is the Rotary Relations Manager for Stop Hunger Now (stophungernow.org). To learn more, he can be reached at chris.jones.rotary@gmail.com. You can also follow him online at www.facebook.com/cbjones560 or www.twitter.com/CBJ_Rotary